Soulful eating, inspired by tradition, made with respect to the domestic history developed with love and filtered by the gastronomic performance of the future. The gustatory combinations at the menu of “Cuvee restaurant” (Aqua Blu, Kos island) are full of tension, like a new-found love.

The flavors drove me away. They made me smile at every bite. Aromatic bread rolls and pebble-shaped butter, polished like mirrors, so appetizing and highlight the high quality menu that follows. Chef Michalis Marthas welcomes his guests to the high gastronomy menu with three amuse bouche. 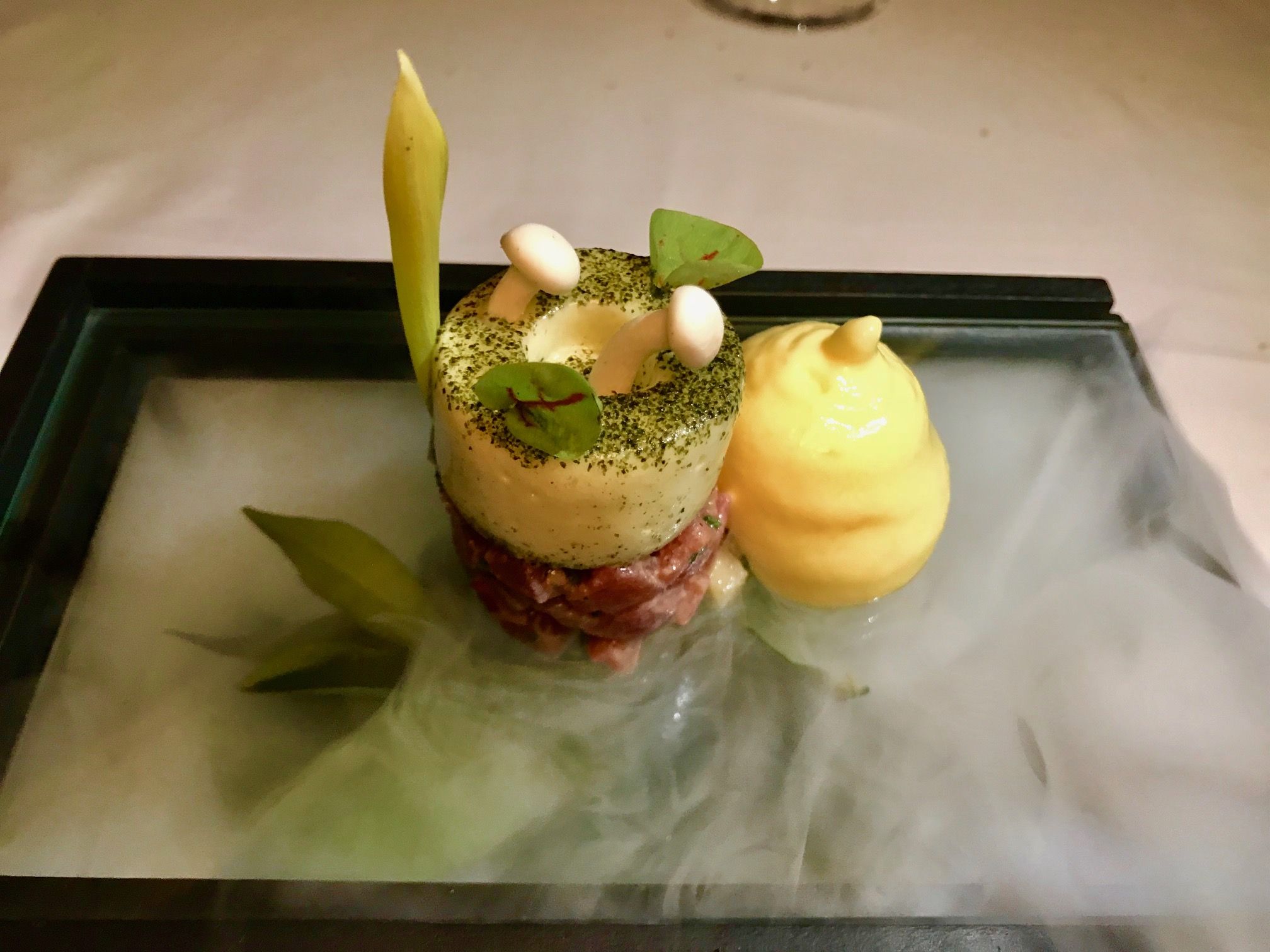 The menu was launched with spinialo – an ode to the chef’s homeland. Spinialo is traditionally a way invented by the old Kalymnian divers, to preserve the bubbles, the valuable shells with a strong iodine taste, but also bitter. Michalis Marthas dares to give a gustative taste of a combination of bitter and sour, from the very first dish of his menu, creating with absolute success a unique spinialo, which could be the new Greek ceviche! In addition to bubbles, the dish had all the fruit found at the bottom of the sea, such as limpets, scabbard fish, and sea urchin. Tastefully flavored with well-combined seasoning that highlights seafood and a touch of mayonnaise of octopus dip, the dish got the impressions as well as bonuses for its balance. 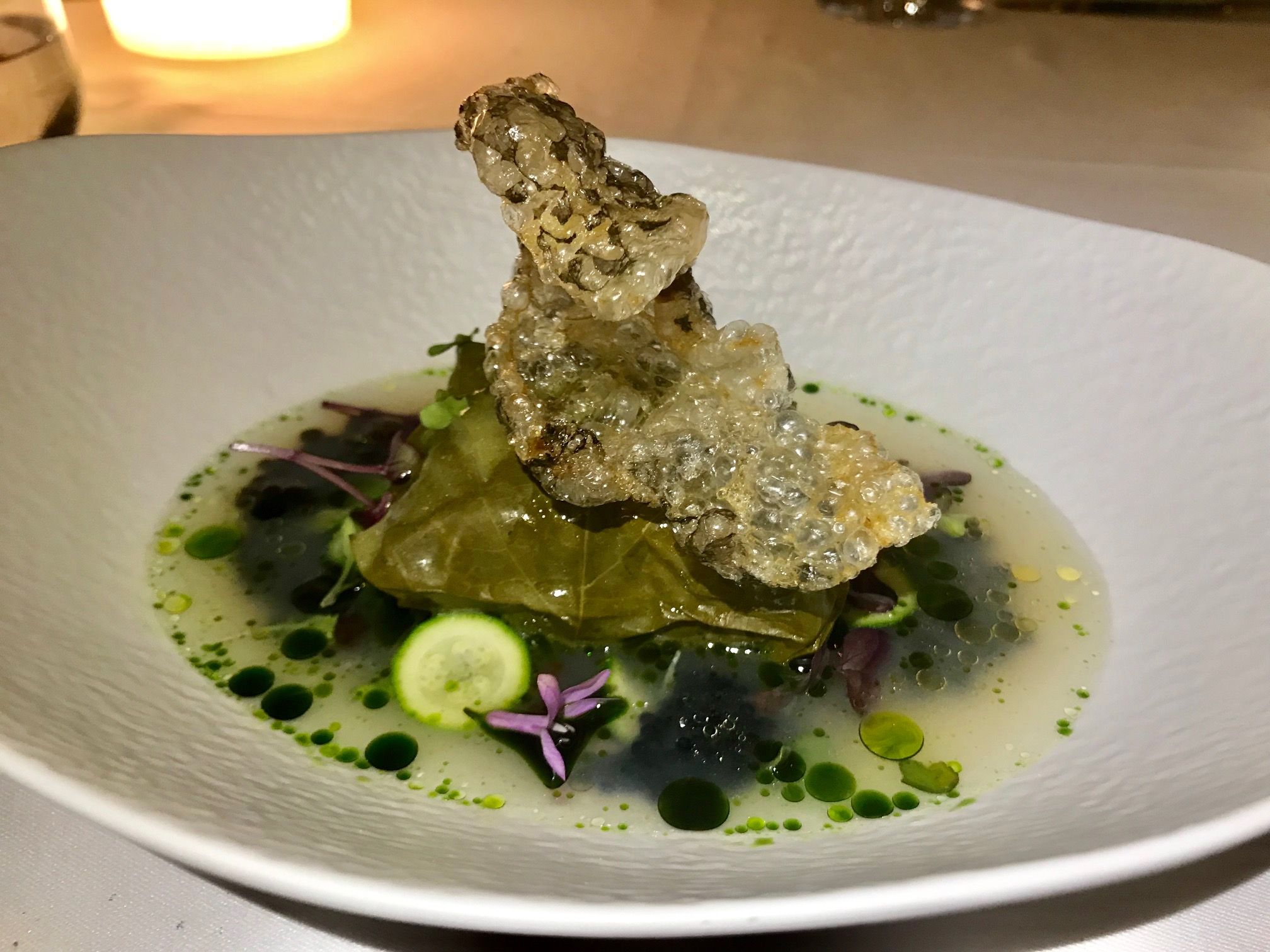 And when I was thinking, “After such a tumultuous tension, how will the next dish take off ?” a tuna tartar came up to the table. So flavorful and with unique presentation. A rectangular box, with a lid of transparent glass and at its bottom showing the structural elements of a seabed: stones, sand and seashells. The tartar was placed on the glass, which had a small opening. There, the chef threw a boiling consomme, and its vapors flooded the room with aromas. The tartar was served with Bavarian cream with apple, seaweed Nori powder and citrus foam. The stronger the aroma, the more intense was the taste. 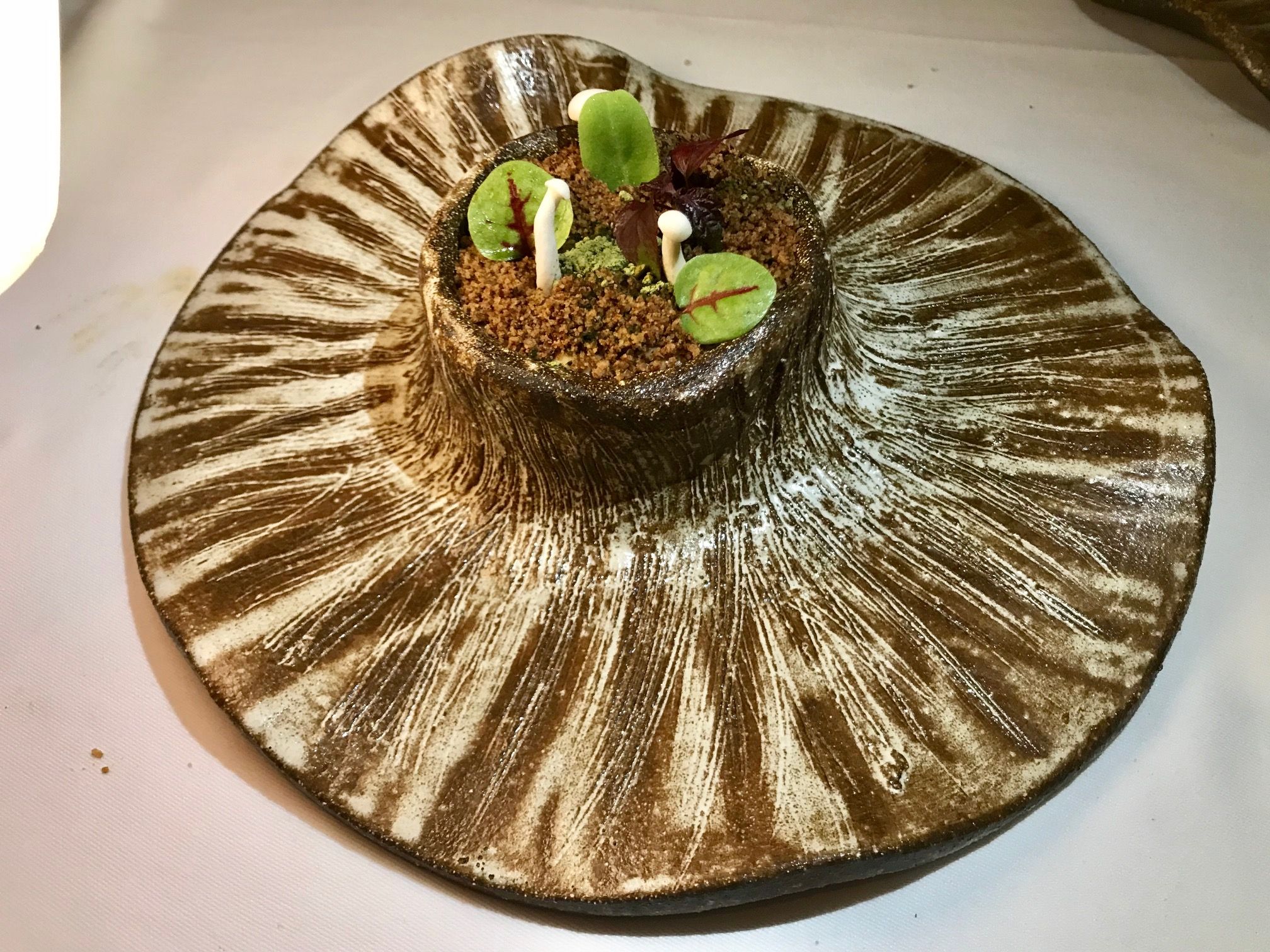 And from the sea we passed to the land. So as to taste and enjoy the truffle in its natural environment. The chef has lifted us up to the top of the mountain, making a very clever maneuver from the intense flavors of the sea, passed aptly to the next stage. Inside a bowl simulating a mushroom turned upside down-designed by the chef himself-was the cream of black summer truffle with roasted chestnuts. A cube of saganaki cheese is immersed in the cream while the dish is sprayed at serving time with aromatic cypress tree oils. A velvet creamy texture, with crisp like small diamonds that add flavor and character to the dish. The pure taste of the truffle, absolute pleasure. 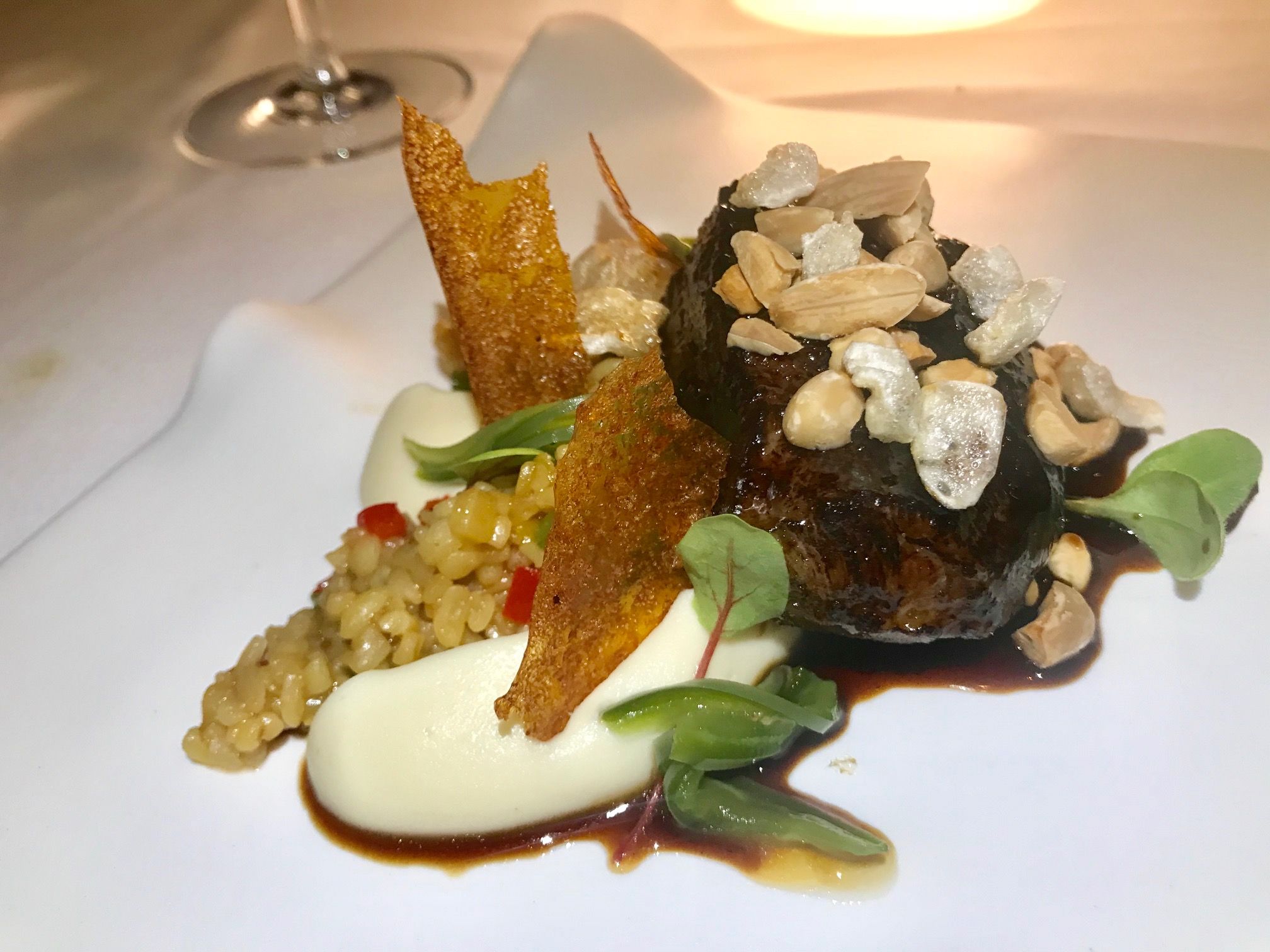 Then followed a goldblotch grouper fish with a bowl consomme of pike fish and black garlic caviar. Cooked inside a vine leaf and its crispy crust on top as garnish. Well done to Michael Martha, who creates a creative summary of textures in a well orchestrated menu. The menu set up is by Pavlos Kyriakis, while sommelier Stamatis Bilis takes care of the best wine pairing with each dish and always according to the guests’ preferences.