Semeli Estate received 61 awards, 14 gold medals and special distinctions, in ten international competitions in 2018, entrenching its position at the top of the winemaking industry.

The SEMELI AETHERIA line stood out. In its world debut, SEMELI AETHERIA ROSE 2017 was awarded two gold medals and was distinguished as the best rose wine at the Berlin and Thessaloniki international competitions, amassing seven awards and distinctions in total. Fruity with hints of pomegranate, cherry, watermelon and passion fruit, SEMELI AETHERIA ROSE offers a unique experience and has quickly built a loyal following.

SEMELI AETHERIA RED 2015, also on its first appearance, was awarded gold medals in Berlin and Canada, along with two silvers and a bronze, while SEMELI AETHERIA WHITE 2017, now in its third year, received seven distinctions in total. 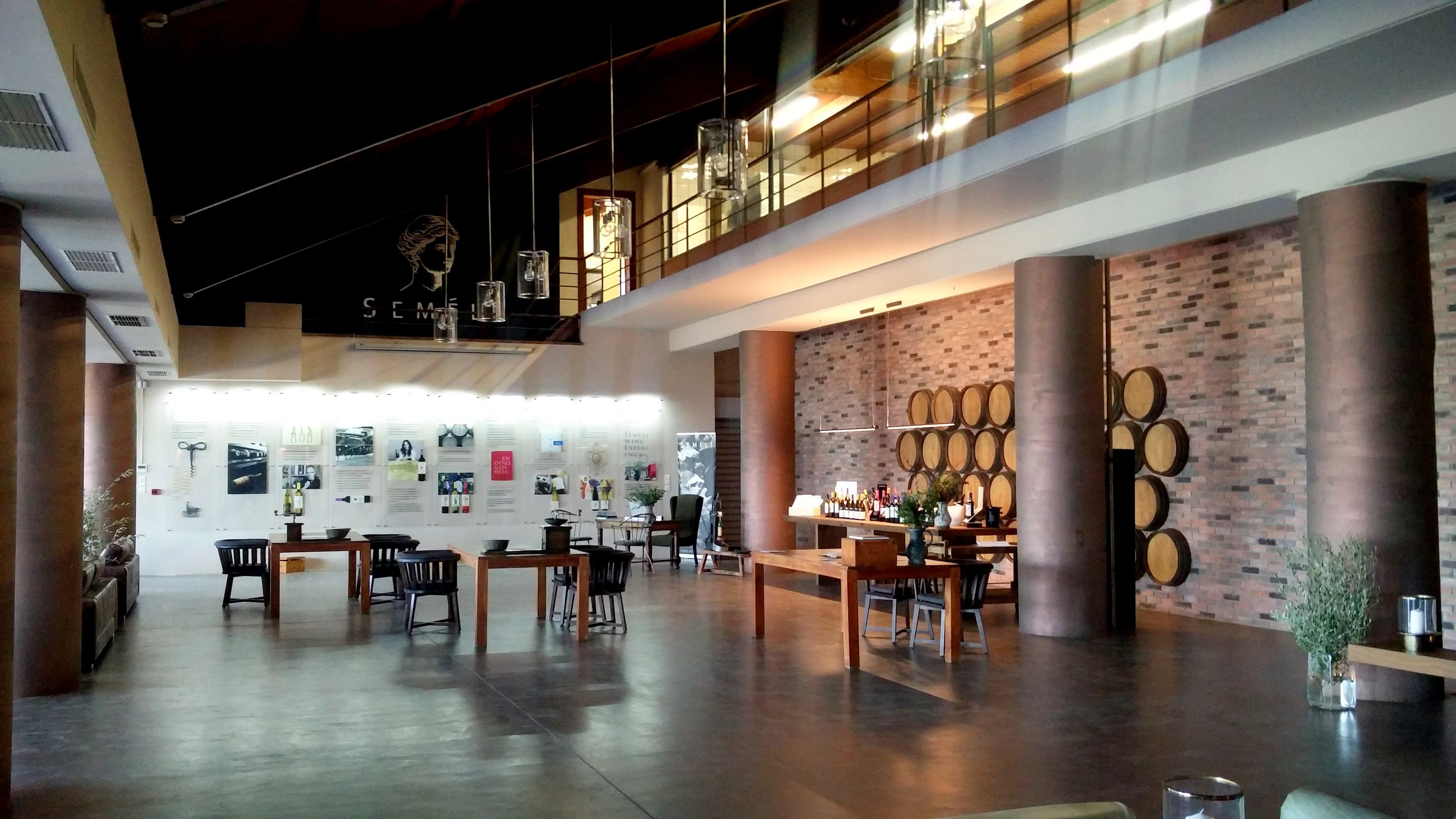 Major distinctions for the Estate’s flagship SEMELI MANTINIA NASSIAKOS 2017, which was recognized as an excellent 2018 wine by the Wine Society, the world’s first wine club, established at London’s Royal Albert Hall in 1874. SEMELI MANTINIA NASSIAKOS 2017 was also awarded a gold medal at the Challenge International Du Vin, garnering a total of seven medals and distinctions.

SEMELI Wine: A unique hospitality and wine tasting experience
Through a number of important initiatives, SEMELI consistently supports the growing trend in enotourism, with Greece’s many superior wines and visitor-friendly wineries offering a new and increasingly popular alternative form of tourism, which attracts discerning visitors to our country.

SEMELI was one of the first wineries in Greece to focus on wine tourism. In a genuinely beautiful natural environment, SEMELI’s winery facilities and visitor activities attract wine lovers from around the world, offering a unique hospitality experience.

A spacious reception hall that can accommodate up to 300 guests includes two wine tasting areas, one for large groups where all estate labels can be sampled, and a smaller one for private gatherings. The winery also includes an elegant bistro that can seat up to 25 guests, as well as a large outdoor terrace offering stunning views of the Nemea Valley, the neighboring highlands and the magnificent Ziria mountain range in the distance. 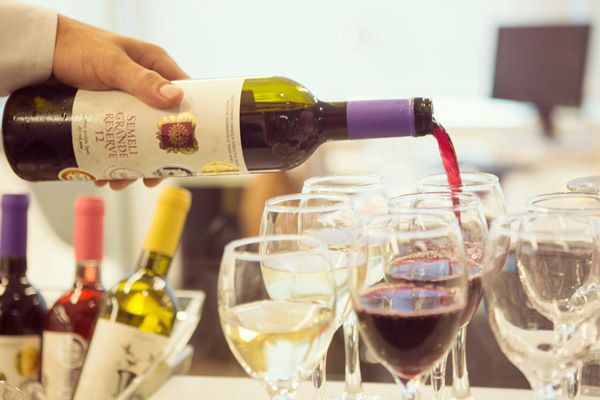 Wine tastings can be paired with light fare or regular meals, upon reservation, enabling visitors to make the most of the Semeli experience, in the very place where the Semeli wines are “born and raised” to maturity.
In wintertime, wine tastings take place around two centrally located fireplaces in the main hall, which also includes private tasting nooks where guests can relax and contemplate with a glass of wine. The hall’s wine shop offers a wide selection from the estate’s wine list, along with wine-related accessories and gift items.

Just one hour and thirty minutes away from Athens, the Semeli winery offers easy access to a host of world class archaeological, historical and cultural sites, including the temple of Zeus, the ancient Nemea stadium and museum, the ancient theater of Epidaurus, the acropolis of Mycenae, the charming neoclassical town of Nauplion and the Environment Museum of Stymphalia. 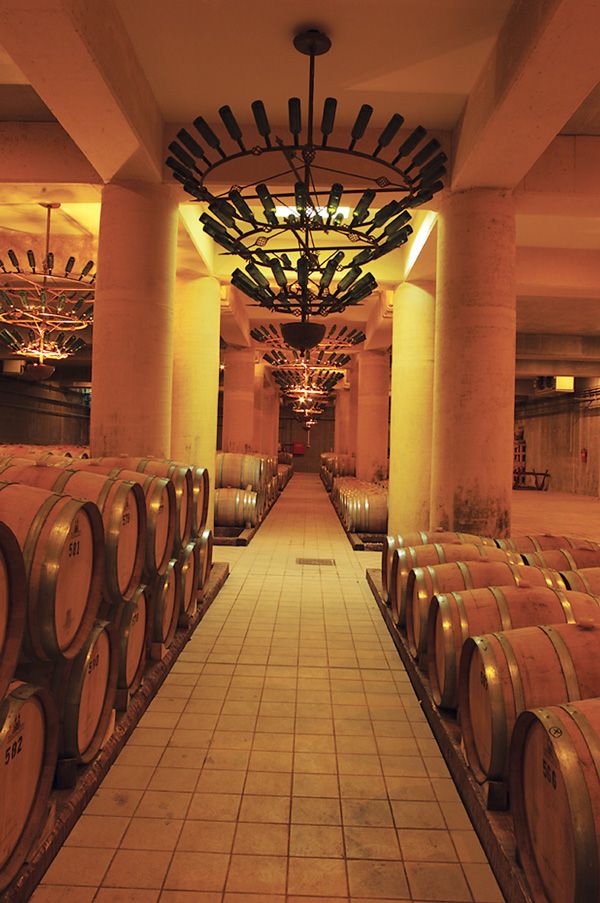 Food and wine tasting tour
Our oenologists have put together three different tasting tours for visiting guests and friends, which we have named the #SemeliWineExperience, each offering a fascinating journey to the world of wine. Tours include guided visits to the production area, focusing on grape harvesting and the winemaking process, the bottling area and the cellar, where the wine aging process is described in detail. As part of our tours, guests have the opportunity to sample a range of estate labels, paired with local cheeses and other delicacies, in either the main reception hall or the cellar. 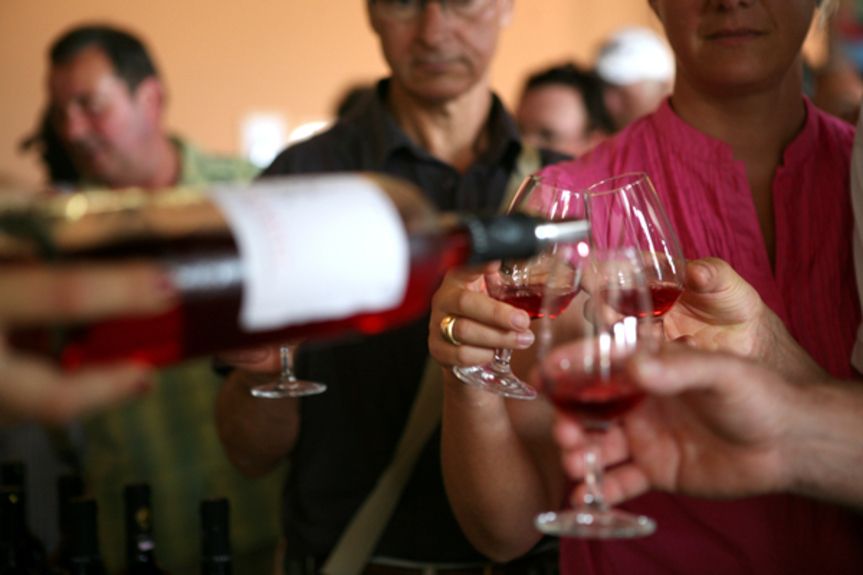 The SEMELI Estate
Founded in 1979, Semeli is a leading Greek winery and one of the country’s most significant wine-related developments. The Semeli winery is located in the hilly Koutsi region of Nemea, one of Greece’s most celebrated grape-growing areas. At an altitude of 600 meters, the gentle see breezes from the Gulf of Corinth meet up with cooling mountain valley wind currents, creating a unique terroir that endows the wine with a full body and superior taste.

Relying on the expertise of our oenologists, who masterly blend local and select international varieties, our SEMELI winery has created a range of wines with distinct personalities that have met with critical acclaim and have captured the hearts of wine lovers around the world.

The winery
Since 2003, Semeli has been operating a stylishly designed state-of-the-art winery in the Koutsi area, in the heart of Nemea’s storied vineyards, focusing on the gentle processing of raw materials and the production of high quality wines.

Designed with an innovative layout that fully supports our holistic approach to winemaking, the winery was built to blend in with its natural surroundings at an altitude of 600 meters, on a vineyard covered hillside with a long reputation of producing vintage grapes. Strategically located in the Nemea wine growing zone, the SEMELI winery takes full advantage of this ideal terroir to not only produce exceptional wines, but to also offer visitors a unique experience of cutting-edge winemaking in a serene and relaxing environment with amazing views. The winery is open to the public Monday to Friday from 10:00am to 4:00pm. On weekends it can be visited upon appointment by calling +306985161414 or email at hospitality@semeliwines.gr